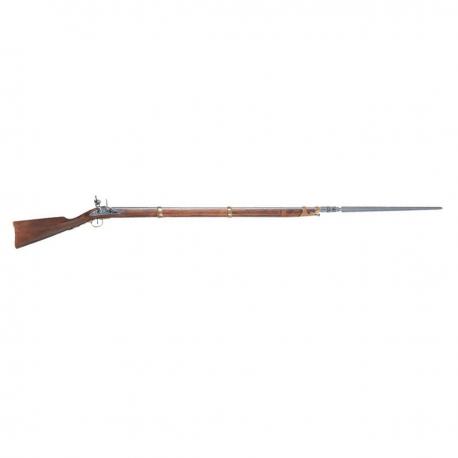 This French flintlock rifle, from the early 1800s, saw service on the European battlefields of the Napoleonic wars. It was used very effectively by the disciplined French infantry, who were highly trained in its use both as a firearm and, with the bayonet fitted, as a thrusting weapon at close quarters. This non-firing version is accurately detailed and has been used in several movies in infantry battle scenes. A great wall decoration.