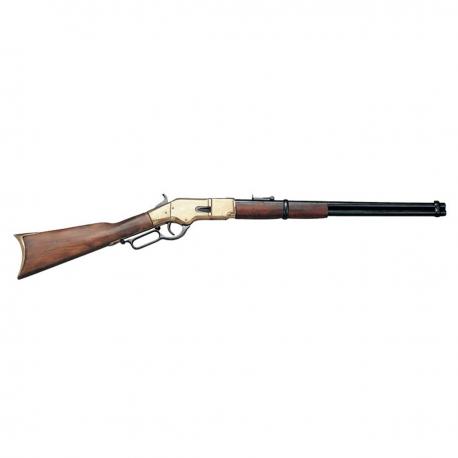 Legendary Old West rifle. Developed from the 1866, the 1873 lever-action repeater achieved fame in the Jimmie Stewart movie that carried the rifles name. During its production run, from 1873 to 1919, about 720,000 pieces were made. The gun was available in several center-fire calibers and its tubular magazine was located underneath the barrel. This non-firing version clearly demonstrates the workings of the lever-action loading system. Lever action works just like original. Complete w/wood stock & saddle ring. Looks great over the fireplace.