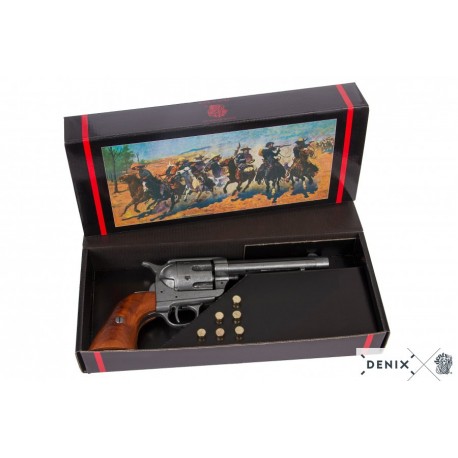 Cardboard box with revolver reproduction 5½" made of metal and wood, with simulated mechanism of charge and firing, rotating drum with 6 bullets.

Feel the role of a great western with the DENIX reproduction of this revolver!