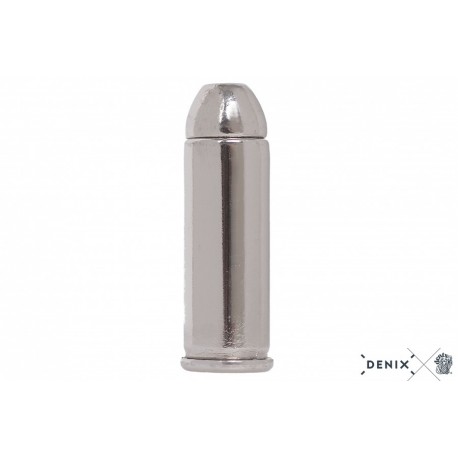 Revolver cartridge .45 reproduction, made of metal.

Feel the role of a great western with the DENIX reproduction of these revolver cartridge!